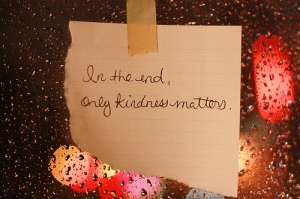 When I was a kid, West Jordan, Utah was like any other place in Smallville, USA. Our tiny neighborhood consisting of a little more than fifty or so homes and families was surrounded by miles of farmland. In every direction there were acres and acres of corn, potato and sometimes tomato fields. In some of the outlying areas there were cattle ranches and open pastures where horses and other animals roamed.

In those days, farmers and ranchers were a curious lot to most but to my father, who spent his teenage years in Star Valley, Wyoming, these were the people he felt most comfortable around. Because my mother was so adept at moving seamlessly around in different social circles she was readily accepted by everyone in that small community and people loved that we added to the burgeoning cultural aspect of the place.

As was common in those days, my parents willingly accepted into our home, anyone who was either traveling through Utah while traveling to a Midwest or east coast destination. As kids we thought for sure that our parents had advertised that we were a bed and breakfast and would happily accommodate anyone needing a place to stay for the night…or for the year. We often shared our home with new transplants to the Utah valley. It was an unwritten rule that when visitors showed up, our rooms were forfeit until further notice. This was the practice since before we were born so we never knew any different. As a result we had upwards of three families living with us at any given time.

Our neighbors and our local congregation were not oblivious to the fact that our home was essential a way-station for the weary traveler and a layover for those who sought a new life. It was not uncommon to wake up some mornings to find a large sack of potatoes, a box of tomatoes, apples, oranges or any other type of produce and poultry on our doorstep. Sometimes there was a note but more often there was nothing more than the sacks and boxes that the items came in.

At times like these my mother cried and my dad was humbled by the random acts of kindness that were such a blessing to us in those days. We never knew who they were – we didn’t even know why they did it but we knew and felt the deep sense of gratitude our parents felt each night as they prayed to thank God for those wonderful people who opened up their hearts and shared their abundance in a time when they had nowhere else to turn for help.

Today those farms have been replaced with the familiar sights and sounds of urban sprawl. Where we once spent hours on end playing hide-and-seek in the tall grass now stands a neighborhood attached to the one where we grew up. The long irrigation ditches where we raced makeshift wooden boats are now covered over with cement sidewalks and street signs. The old neighborhood of course is still there but it does not hold the same magic it once did when we were kids and most of those families have moved on just as we did so many years ago.

Today and every day I’m grateful for the selfless sacrifices, love and support of the wonderful people who have been our neighbors over the years. I appreciate their generosity and their kindness. I’m also thankful for the lessons my own parents taught us about serving others and placing the needs of others before our own desires when are in a situation to help. As a kid I never really felt poor except when I was being selfish. More often than naught, I felt rich because of the love and generosity of others and the unselfish example of my parents.

7 thoughts on “Kindness is being neighborly”