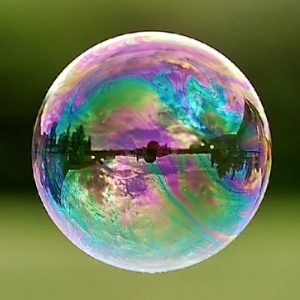 “Did you hear about the shootings in Aurora?” I overheard a guy ask a young lady standing in line at a grocery store the other day.

She stared back at him, a perplexed look on her face. “What shootings? She asked, as she moved items from her grocery basket to the checkout counter, her toddler cooing in the child seat as she stared up at a strand of balloons tied to a nearby candy rack.

The woman seemed astounded at first as the guy began to relate the events of last Friday in Aurora, CO in which 12 people were killed and 58 were wounded in a senseless act of violence at a local theatre. I watched her face, intent on her reaction as her friend bored the numbers and detailed descriptions of the dead and as I observed her reactions I wondered if she saw the look of exasperation on my own face.

Is this woman for real?

She lives in the middle of a thriving metropolis. She is surrounded by technology. Surely she would have walked by the wall of television screens in the electronics department of the store on her way to get her two-week supply of baby diapers. Her smart phone is clipped to one of the straps of her purse and it has buzzed twice while standing in line and yet am I to believe that she has never received a call from anyone about the news before? Does she not own a computer with access to the Internet where news of the incident has been reported in rapid-fire succession on nearly every site you visit? Does the word ‘television’ sound familiar to her and does she actually own one? And when she’s in her minivan running kids from dance lessons to soccer practice to lunch dates with ‘daddy’ is her radio preset to The Disney Channel?

As I’m standing there wondering all of these things she answers my question for me and it annoys me even further.

“I just don’t watch the news or pay any attention to what’s going on anymore because it’s so depressing.”

Okay, I give her that – the news is almost always depressing these days but it’s hard to overlook the fact that there is a far greater flaw in her logic in that the belief that somehow avoiding the news will just make all the scary monsters under your bed, the homeless at the park and the addicts on the street corners go away. Ignoring the Sandusky’s of the world does not minimize the perverse reality of child sex abuse. Snubbing news reports of gang violence in a town 20-miles from your home does not mean that you get a free pass when the same type of violence erupts 20-feet from your front door.

You can’t live in a vacuum and believe that your own little slice of Elysium will never be affected by outside influences. After all, if you are standing in line at the grocery store you have already come to the realization that your paradise can never exist without venturing beyond the periphery of your bubble and the hell that exists beyond it.

Yes, it is possible to avoid what is going on in the world right now but is it recommended? You be the judge. I tend to believe that understanding the world around you gives you better information for making sound judgments and decisions when dealing with the world outside of your own.

A few years ago, Super Mom and I made the decision that we were going to move our family from our home of 12-years to another city to provide our sons with a different atmosphere. We made that decision based on our research, the advice of family members and an understanding of our current environment. We involved God in the process and after much prayerful consideration we found and moved into our new home. In a way you can say that we wanted to create our own slice of heaven. But our heaven is being built one day at a time and it still includes a daily evaluation of things that occur both inside and outside of our home. It involves assessing news and information that may at times seem outside the purview of what we want in our lives but even things that may seem irrelevant at the moment are still valuable to educate and inform our minds.

We are still hunter-gatherers. Perhaps not in the literal sense but we are living in a time and age when hunting for and gathering information is vital to our existence. If we turn our backs on information for the sake of keeping the world at bay than we may be missing out on vital data that may prove to be important when making critical decisions relating to and impacting our family.

Is living in a bubble an optimal way of protecting yourself and your family from the world? I would love to know because more information helps me make a more informed decision.

12 thoughts on “The walls of my bubble are sugar coated”