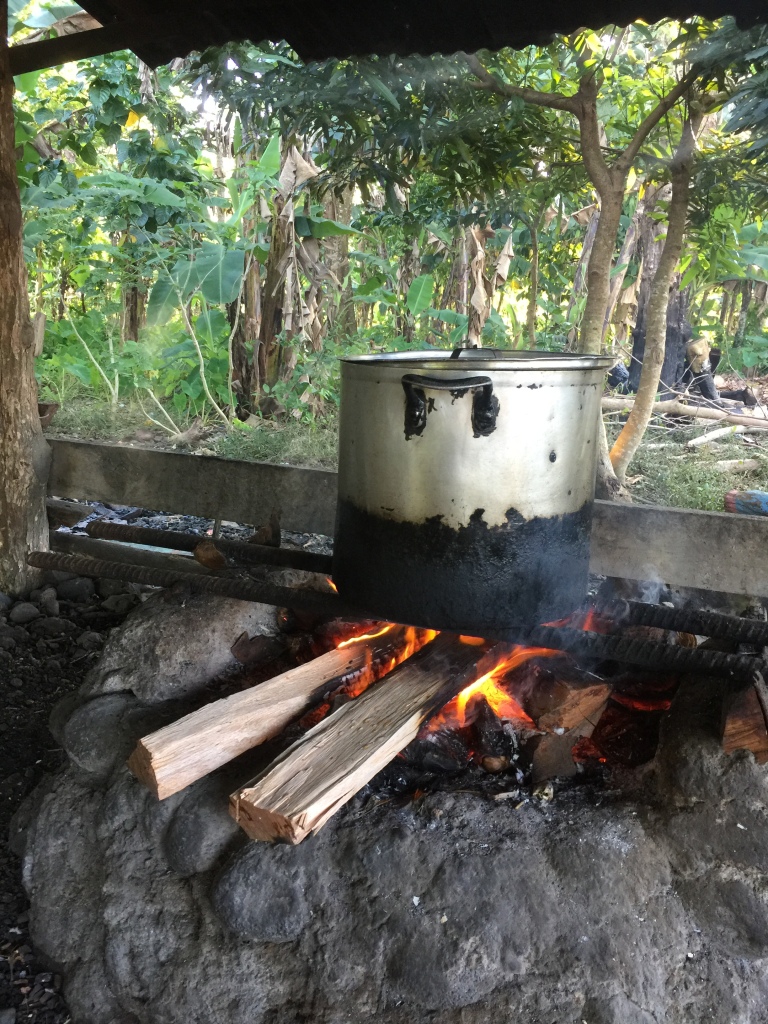 The above picture was taken on my most recent trip back to Samoa two months ago. I took the picture to remind me of where I came from and where I still am in my head and in my heart in so many ways. This scenario and many more like it are a constant reminder to me that no matter where I go in the world and no matter what successes I enjoy in life, I must always remember where I come from and the people like my fore-bearers who struggle to scratch together a living every single day.

I’ve written extensively about my experiences in Samoa as a youth and the things that helped shape me as a person. I often reflect on my experiences in Samoa because I recognized immediately, even as a young man, that even though our family didn’t have much, we still lived a relative life of priviledge and comfort. Even though we cooked over an open fire and there were not a lot of comforts and amenities in the villages, I knew that my time in Samoa would be short and that I’d eventually return to the United States where hot water, a soft bed and the knowledge that just about anything you ever need or want is always within reach.

There is a misconception that everyone in Samoa is living in abject poverty; that the people there are unhappy and that they are living under an oppressive regime. That is hardly the truth. A large portion of the population is living comfortably and Samoa is enjoying its best years of prosperity. The people, for the most part are happy and there are very few who are not content with their situation. Of course, everyone longs for a few extra dollars in the bank but that could be said of everyone living in the U.S.A., Australia, the U.K. and other developed nations. But people in Samoa also live humbly, they are the salt of the earth and for the most part they are grateful for what they have and do their best with what little they have.

Which brings me back to the pot and the open fire. My family back in Samoa still cooks over an open fire occasionally because they enjoy the process – it is what they know. They are using natural resources rather than over extending themselves by using up precious, limited cash resources to live luxuriously. Instead, the gas stoves often go untouched and they still use traditional methods to cook their meals. It’s been that way for us for as long as I can remember and I’ve encouraged the younger generations inhabiting our familial lands to do the same. Never abandon traditional methods or practices for the sake of convenience because convenience comes with its own price. And anyone who has eaten food straight from the ‘umu or over an open flame will tell you that it tastes so much better than food cooked on an electric or gas stove.

While in Samoa I learned how to cook taro, breadfruit, green bananas, fish, poultry, beef, pork and traditional Samoan dishes from my cousins, uncles aunts and my own parents using customary techniques passed down from generation to generation. We spent countless hours stoking the coconut husk fires as the day turned into dusk. We shared a number of laughs and daily anecdotes that still resonate today, as our eyes teared up from the smoke and our glee from a story well told as our guffaws filled the cool evening air. I miss the camaraderie of those days and the lessons I learned while sitting in a thatched hut near a hearth, cooking a meal for a loving, patient and grateful family.

I’m thankful for the opportunity I had to learn how to cook in a humble hut on a beautiful tropical island. I’m grateful for the humble lessons I learned from humble people. I’m grateful that I learned to love the traditional foods of Samoa. Palusami is my weakness!